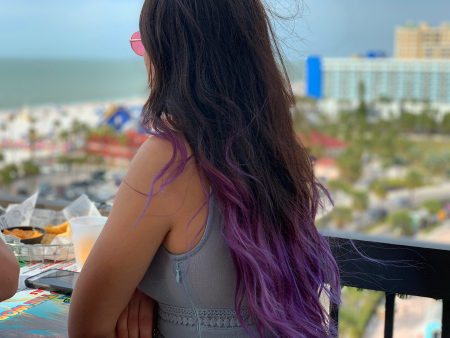 Good morning, everyone! It’s Tor here. As you know, we have been living in Florida for a couple of weeks, now. However, we are just starting to get out an explore. When you move across the country, make sure that you are aware of how much work it’s going to be before you actually get to go out at and do anything! There’s a lot to be done. But, with that being said it’s completely worth it, knowing that you worked hard for something and then being able to go out and enjoy the world. If you have no idea what I’m talking about, and want to see our adventure from the start, check out the beginning here.

This week it has been our goal to get out and explore. Anywhere that we have needed to go to, we have biked. And, we found a nature preserve, about twenty minutes away from us, that is dog friendly, and. . . has a doggy beach! We got to take Ace to the doggy beach for the very first time, on Christmas. Let me tell you, that was a blast. This crazy dog goes to drink the water, gets so excited and starts sprinting circles around me, keep in mind that he is still on a leash at this point! But it doesn’t end here, if you know Ace then you know how much he HATES baths and the rain. I mean he cowers and shakes when he gets a bath and majority of the time he refuses to go outside in the grass to potty when it’s raining, he will just hold it all day long, he’s our little diva dog. But, SURPRISE, when we get to the ocean, he tries to pull me out in the water, then he lays down! I yell at him to get out (because we need to take him back in the car and we haven’t found a doggy wash yet), and instead of getting out, he decides to roll in the wet sand and the middle of the water. While I didn’t want him to do that, one I was shocked and two he was so excited, he looked so happy, and he is so freaking cute that Sam and I where just so happy, too. The best part, afterwards he was so tired that he got home, laid on the porch and fell asleep sunbathing. It was a wonderful substitute since we couldn’t be with our families this Christmas.

For New Years weekend, Sam’s mom and her boyfriend Nick, and my sister and her boyfriend Lauren are down visiting. I won’t tell you what we are doing for New Years yet (a blog and a vlog to follow after New Years), however I can tell you what we have been up too, so far. Thursday night, Pam and Nick got in town so we tried out this awesome restaurant called Whiskey Joes. Whiskey Joe’s is about a quarter of a mile away from us, if that, and it is right on the bay, they made their own little beach where they have fire pits and a nice big bar, but you also have the option to eat in the actual restaurant (on the deck or inside). We had a few drinks down on the beach and then headed up to the deck for a late night dinner. I got to try Mahi Mahi for the very first time, it was perfection, and I had it with rice and steamed veggies. Normally, I would go out to eat and pick the meal with the most carbs and feel miserable after eating, but I decided to try something different. . . and it paid off! It tasted wonderful and I felt amazing after eating it. Now, Sam on the other hand was a different story, he went decided to get a pasta with mussels and crab, while he says it was delicious, it was covered in butter sauce and his stomach suffered for it later. Hey, eating healthy is a work in progress for us all.

Yesterday, I went and picked up my sister from the airport, and after we both got back and took a little nap, we all decided to go to Clearwater Beach for the day. Clearwater is about fifty minutes away from us, but if you hit traffic, well, let’s just say that you’re going to be sitting for a while, make sure that you have some company and enjoy the view!

I’ve been to Clearwater Beach before, and when I went with my family and my best friend, we checked out this rooftop bar, Jimmy’s Crows Nest , it overlooks the gulf and the inner-coastal, you can see the beach, the boardwalk and all of the boats going by, it’s truly a spectacular view. I guess it’s also known for viewing the best sunsets, I haven’t been able to check that out yet, but I can only imagine how beautiful that is. Anyways, we had a couple of drinks there and we had some food. To be honest, our drinks where mediocre, other than the really fruity specialty drinks, my mimosa had a weird orange juice and Sam’s pineapple tasted like it was poured out of a can, not too bad but not what we where expecting for Florida. And, the food was also just okay, actually that’s a lie, everyone else’s food was just okay, but I had a veggie wrap with grilled chicken added in and I thought it was fantastic! Now, you might be thinking, well why would I want to go there if there drinks are just okay and there food is just okay, because I would still get it all again just to enjoy that view. I think that it has to be the best view in the town. Just trust me, get a nice fruity cocktail, enjoy some appetizers and a veggie wrap, and sit along the edge of the rooftop (trust me, you will thank me later).

Once we were done at Jimmy’s we headed for the beach, the water  was freezing cold, and yet we saw a ton of people swimming in the water, I thought they where nuts, but maybe they know something that I don’t maybe it gets warmer when you go out farther. Either way, Kudos to all of you out there swimming, you are a lot braver than I am. We walked along the beach for a while until we reached the a Hilton hotel, they had an outdoor bar and a giant checkers game. When I say giant, I mean GIANT, as in you walk on the board and play. While I ordered drinks with Pam and Nick, Sam and Blair played a game of checkers, I stayed away from the first game, for one because I don’t know how to play checkers (yes, I know that’s crazy, everyone tells me that but for some reason I just don’t), and two if you know Sam then you know that he hates to lose. For those of you who don’t know Sam, that’s a little fun fact, he hates losing, especially when it comes to strategy games. Blair ended up losing, so I joined her team and we both tried to outsmart him, needless to say it still didn’t work, somehow we lost. Although we lost, it wasn’t for nothing, it was a blast and I actually learned a little bit about checkers, don’t expect to hear about me playing in the future at all, I still suck, but hey, I learned a bit.

After our checkers game, we headed for the pier. Along the way, there was a one man show that was tossing fire, putting it in his mouth and tossing tasers? Yeah, I think it was tasers. to be quite honest, I couldn’t really tell, I could see the fire, but I was behind a bunch of people and I can’t see over them, so who really knows. We finally found our way to the pier, it was lined with little vendors selling jewelry, night lights, pictures and much more. There where also pelicans that let me touch them! I probably shouldn’t have touched them, but I really like animals so I felt like I needed to. However, one thought that my sister had food so it snapped at her, it didn’t get her but it sure wasn’t a friendly pelican.

Once we got to the end of the pier, we realized that they charge you a dollar per person in order to go any farther. My sister paid a dollar for all of us to go through (we didn’t really want to pay a dollar to go just a little bit farther), however, it ended up being worth it. The view was stunning and it was a really peaceful and soothing experience.

That’s been our week so far! Oh, and along with all of the changes in our lives, I also changed my hair!

Please feel free to comment and feedback, comments or suggestions on what you would like to see us do, talk about or if you even have any questions!

As always, thank you for reading and please check out our social media posts below and like, share, follow, you know, all of that fun stuff. Oh, and please follow our actual blog, as well. We appreciate it more than you know! 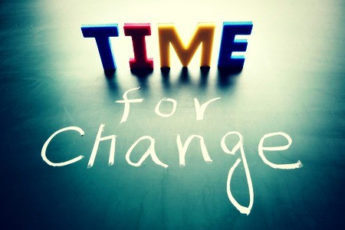 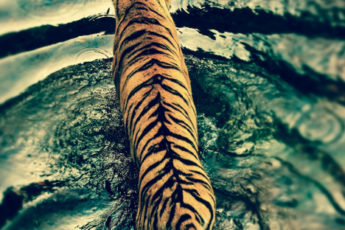 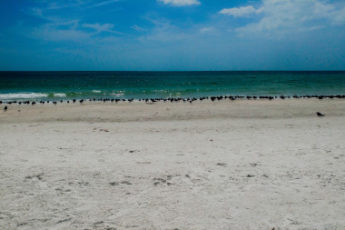 « Previous post
How to Move Halfway Across the Country and Completely Change your Life
Next post »
Quit our Jobs, Graduated College, Packed up and Moved to Florida!